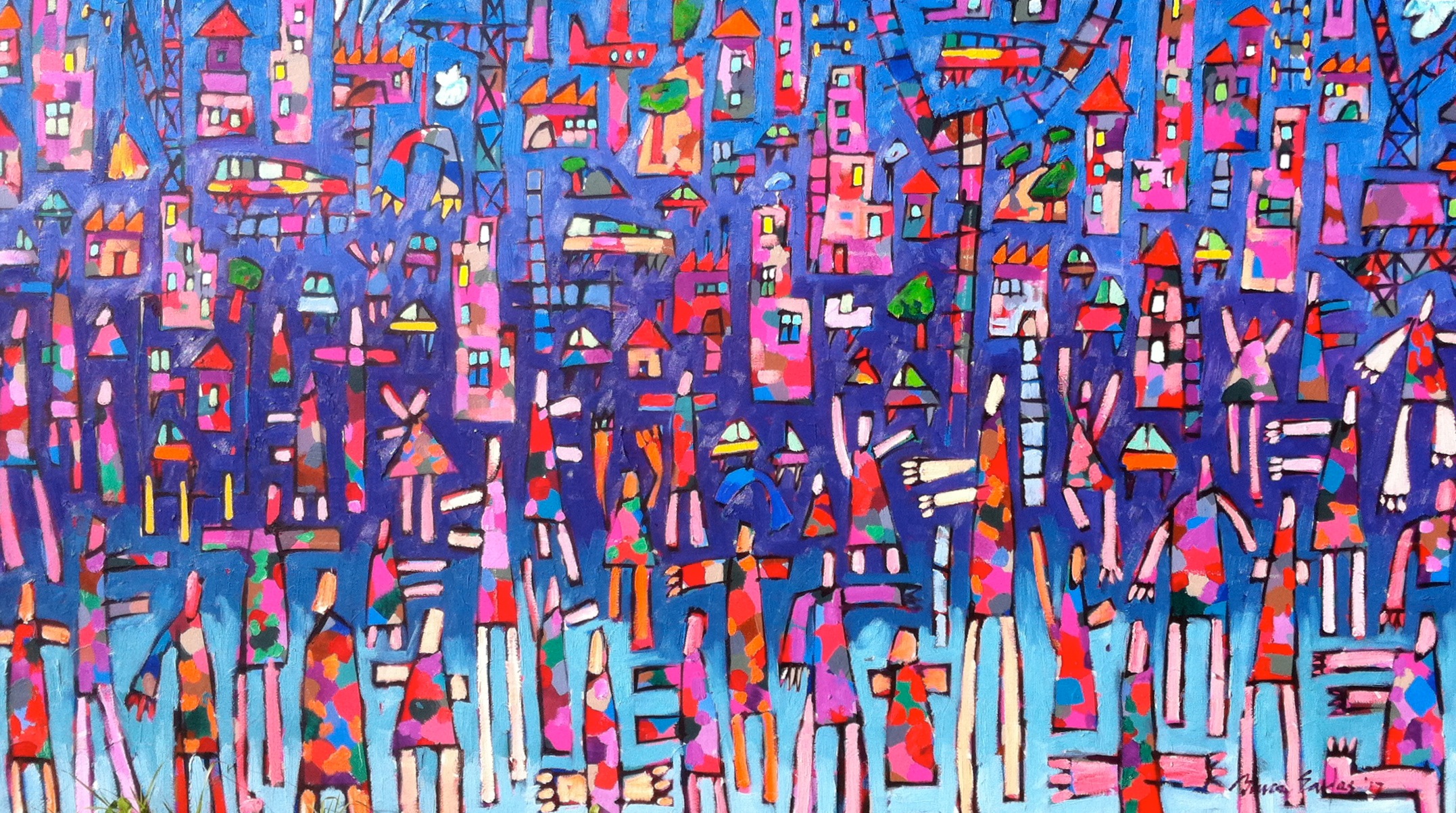 His works celebrate the idea of urban life, at the same time they describe it in an existential sense and the isolation of the individual. His investigations commonly eventuate into bold statements demanding viewer interaction.

His works are suggestive in nature, rather than descriptive, and focus on such themes as human alienation, anonymity, cultural misplacement and place-being. They maintain a sociological significance by portraying such urban issues as human conditions, community interconnectivity and the cultural dimensions of place.

Bruce’s naïve and recognisable painting style was defined in the early 1980’s as a highly influential member of Melbourne’s ‘Roar’ collective, where he worked alongside artists such as David Larwill, Pasquale Giardino and Sarah Faulkner. The ‘Roar’ collective set out to have a significant impact on the Australian art scene and works by Bruce Earles and other Roar Studios artists are still highly sought after and collected today.

For over 30 years Bruce has exhibited extensively both in Australia and overseas including Tokyo, New York, London. By winning the prestigious New York Pollock Krasner Award, Dr Earles continues to be one of Australia’s most exciting and collectable artists.