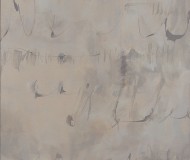 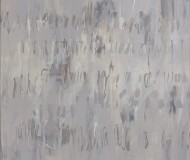 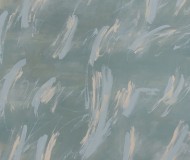 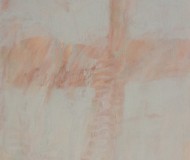 Naomi has been painting and exhibiting for twelve years, held solo shows in Melbourne, Sydney and Adelaide and is primarily self taught, continuing her studies in art history and painting at the studio-based Adelaide Central School of Art.

Her degree and previous working life in Graphic Design has shaped her understanding of formalist elements such as colour, composition and edge which are evident in her subtle abstract works. They are intended to evoke mood, challenge the eye and offer a simple, restrained outcome from a complex process. She uses her hands and strips of cardboard as frequently as brushes to generate unique, unexpected marks and her tight palette concentrates attention on form and compositional balance.

‘These works are pure abstract. They’re based on the colours of the sky when it’s in a state of change. The sky offers an infinite number of colours and grays which are explored in this new body of work. Pinks, blues, mauves, greens are softened as the sun lowers or clouds move in. I’ve attempted to capture the mood that I so enjoy when light changes quickly and everything else changes colour in response.’

Naomi’s work is collected throughout the country and she has completed several private and corporate commissions.