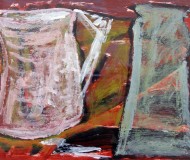 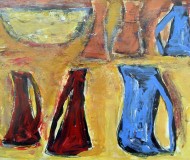 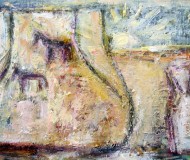 1991-1993 Illustrator of an independent publication entitled:
‘The Wasteland’. Five editions were published. Illustrations from this magazine were published at the Hub Gallery, Melbourne 1992